Menu
Schedule a Call Back

The Myth That Training Will Ruin Your Dog’s Personality

Summary: There’s a common myth that training dogs with behavioral problems will ruin their personality. This isn’t true, and we explain why in this article. 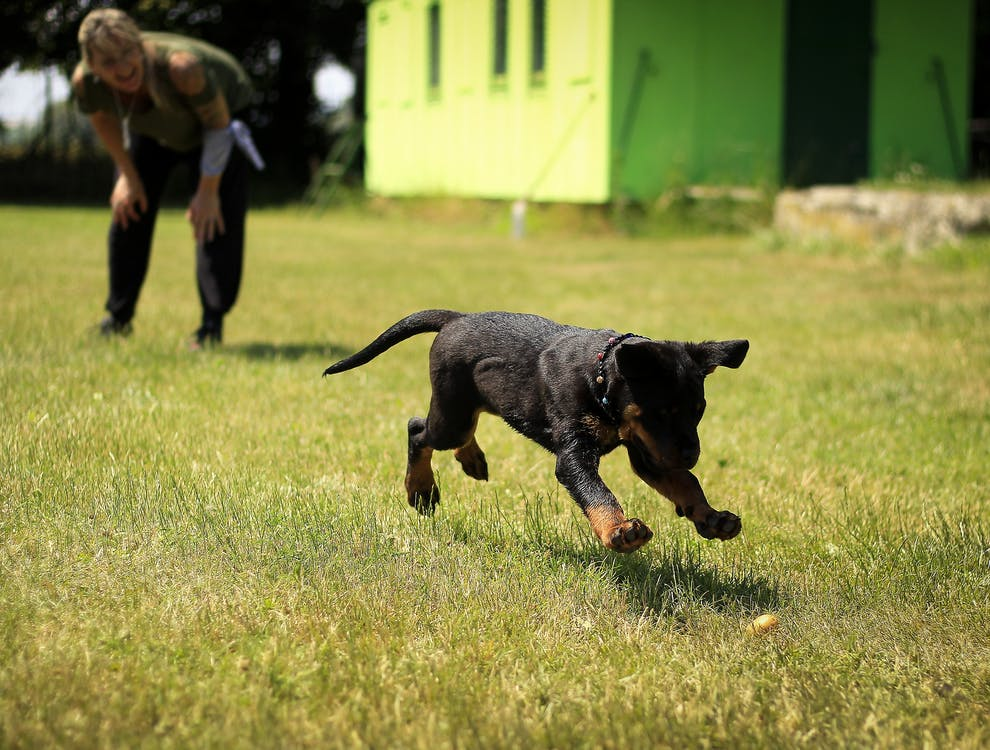 My dog is misbehaving, but I’m worried about dog training as I don’t want to squash my dog’s personality!

At Ancillary K9 Dog Training, this is something we hear far more than we’d like. There’s a massive misconception that training your dog in certain ways will ruin its personality. Obviously, you don’t want your dog to become a robot that barely does anything. You don’t need them to have military-level discipline! (Although it sure is impressive.)

Yes, it is normal to be worried about doing damage to your dog. After all, you wouldn’t be a very good owner if you weren’t concerned. Plus, there is some truth to this worry. If trained incorrectly, a dog can become overly stifled. Or, they can be overtrained for a specific purpose – for example, not allowing time for breaks and play.

However, for the average dog owner, a bit of training will do no harm and a whole lot of good. You may not like to hear this, but if you have an aggressive dog or one with behavioral problems, you need to train them! Throughout this post, we’ll explain things that debunk the myth that training will ruin a dog’s personality.

Why is dog training necessary?

At the end of the day, dogs are animals. They aren’t born with a knowledge of how to behave in a human environment. Some aggressive dogs are only aggressive because that’s all they know. In their minds, they’re still predators in the wild. Or, they’re aggressive and have behavior problems because of what they were allowed to get away with in the past.

So, dog training is essential to install some basic manners and discipline in your dog. You teach them that certain behaviors are off-limits. At the same time, you teach them that other actions are acceptable. It gives you a dog that listens to what you say and won’t inappropriately. Therefore, your life gets a whole lot easier!

What is the right way to train a dog?

Repetition with the right tools and technuqies is the best way to train your dog. Typically, you will use consequence or punishment to reduce unwanted behaviors and praise or reward to increase desired behaviors. The best methods incorporate both, to reduce training time and increase reliability in higher-distraction environments.

What on earth does that mean, it sounds pretty harsh?!

Don’t worry, it’s not harsh or extreme at all. The simple explanation is that you provide a consequence or punishment when your dog does something bad. They chew through wires at home – they receive a small punishment. Eventually, they learn that this is bad behavior and they stop doing it. Just like you or I getting a ticket for speeding or running a red light.

‘Punishments’ don’t mean that you have physically strike your dog! Instead, we recommend the use of professional training tools and seeking instruction on how to use them safely.

We actually have a range of dog training courses for dogs and puppies if you want your dog to be trained by a professional dog trainer. Often, the best approach contact a trainer early on to make the process as easy and stress-free as possible for you and or dog. Some dogs are easy for you to train – you’ll still need to be patient – but others can be problematic. In fact, if you have an aggressive dog training, we strongly recommend professional training before the behaviors lead to long-term consequences for you and your dog.

Understanding the difference between obedience and a lack of personality

The biggest problem with the myth about losing personality is that people tend to jump to conclusions. There is a difference between an obedient dog and one that’s devoid of all personality.

Training your dog to stop negative behaviors will not ruin their personality or change other aspects of the way they are. All it does is stop them from doing the bad things they used to do.

They’ll still run around and come up to you for cuddles and want to play games. The difference is that they will no longer do it in a way that is demanding or disrespectful. Put simply, they will become a more well-behaved dogs!

Okay, what about dogs that DO lose their personality?

Yes, there are some dogs that seemingly show no emotions and lack a personality.

BUT, these are special cases that can easily be explained.

In most instances, these dogs have been trained for thousands of hours to perform a specific role. They might be competition dogs or military dogs or dogs in the police force. In any of these situations, they have to be as disciplined as possible. The level of training to make a dog reach this point is staggering. It isn’t something that you will ever have to worry about because your dog won’t be put through training of this intensity.

Moreover, some dogs might appear to have no personality. In reality, they are currently ‘on-duty’. This might mean they are working – like a dog that’s used to herd cattle or sheep. Here, the dog has a specific job that it’s been trained to do. So, it might seem as though it has no personality while doing this task. However, when released from duty, it’s as playful as ever! Some dogs are literally bred to work – it’s in their DNA. When they’re ‘on-duty’ they are in work mode. When they’re ‘off-duty’ they show more personality!

The bottom line is that normal dog training isn’t going to drastically alter your dog’s personality. All it does is make your dog calmer and more respectful. This makes your life easier as you don’t have to try and handle an aggressive dog with behavior problems.

Personalities are only impacted when an extreme level of training is provided. As we’ve already spoken about, this won’t happen with your dog. There’s nothing to worry about, so don’t be afraid to train your dog properly!

If you have questions or need help with your dog, reserve a complimentary consultation.

Your success is our #1 priority. Whether you’re interested in obedience training, behavioral problem solving, training for aggressive dogs, or personal protection dog training, you’ll be successful with our no-nonsense approach. Together, we’ll create a goal-specific training program based on scientific, evidence-based research. Our work is done in Denver, CO by licensed and certified trainers, backed by a lifetime support guarantee, with support available 24/7.